I’ve isolated Postmodernism from the Frames section as it deserves to be dealt with in some detail. Postmodernism no longer functions as an active / influential art movement. To speak of it as current is an arguable misrepresentation, it has passed over, it is no longer, it is deceased, as far as ART is concerned it is an ‘ex’ movement. However those who idolized it, refuse to acknowledge it’s passing. So in researching this you will find little consensus.

Relegated to the graveyard in the mid ’90’s, Postmodernism as a collective of ideologies flourished for a brief 20 years affecting areas diverse as philosophy, politics, literature, art, urban planning, architecture, design, photography and film.

On the 24th of Sept 2011 the Victoria and Albert Museum hosted what was arguably the first retrospective exhibition of works that defined Postmodernism in the Arts “Postmodernism—Style and Subversion 1970-1990.” and in doing so posted the obituary notice.

Sometimes its hard to know what came out of Post-Modernity in terms of significance for ART. Canned variously for its blatant banality, lack of purpose, loss of social conscience and endless self quotation, Post Modernity shone briefly in the rarefied and sometimes dizzy heights of arts intelligentsia.

After Postmodernism: Eleven Metamodern Methods in the Arts

The Death of Postmodernism and Beyond

Postmodernism: the 10 key moments in the birth of a movement

Explainer: what is postmodernism?

What comes after Postmodernism

Why I’m not a Postmodernist 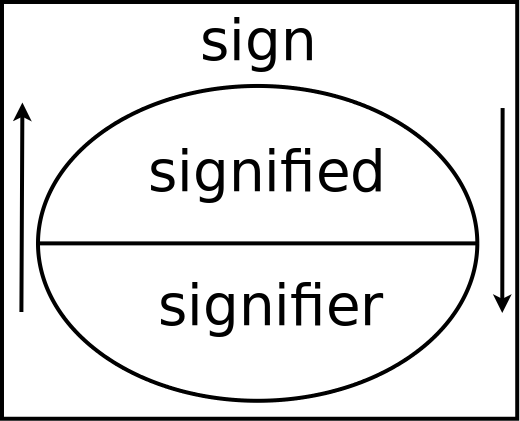 Saussure argued that all things in the visual and auditory fields acted as signifiers to which meaning (the signified) could be attached. The combined resulted in things which were seen and heard becoming ‘signs’. Saussure divided these signs into analog and digital categories.

Analog Signs: “Analogical signs (such as paintings in a gallery or gestures in face-to-face interaction) are signs in a form in which they are perceived as involving graded relationships on a continuum rather than as discrete units (in contrast to digital signs).

Digital Signs: Digital signs involve discrete units such as words and numerals, in contrast to analogical signs. Note, however, that digital technology can transform analogical signs into digital reproductions which may be perceptually indistinguishable from the ‘originals’

Pierce proposed a (more or less) parallel model of; 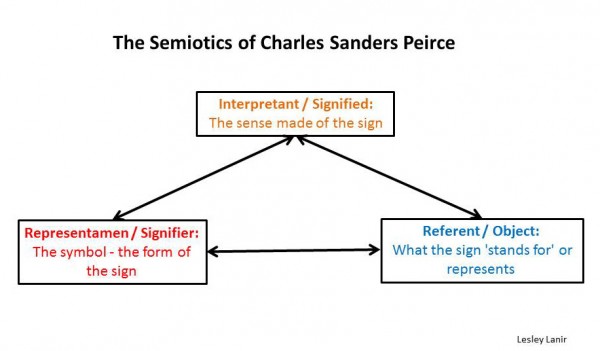 For a clear understanding of these two models read Semiotics for Beginners, because without understanding the semiotic discourse it’s difficult to make sense of Post Modernism outside of the commonly generalized descriptors; i.e., appropriation, parody, quotation, pastiche (imitation of the style or character of the work of one or more other artists) etc.

A good overview of the characteristics of appropriation vs quotation can be found (ironically) here.